Personally I have been waiting for this one since VMworld… Mainly because Veeam 6.5 now supports vSphere 5.1, aside from that Veeam 6.5 also has some other new features.

Probably the second biggest new feature in 6.5 is the Exchange eDiscovery and item recovery addition. I’ve wrote about this tool before here, and now it is officially out of beta and part of the product.

Rick Vanover was nice enough to give a preview of this next feature to those of us that made it to the Tech Field Day Roundtables…. “Veeam Explorer for SAN Snapshots”. This utility is a 1.0 product and only supports one make and model of SAN at this time….. the HP/Lefthand P4000 (including the VSA).While I dont get to work much with the P4000’s anymore, I would definitely recommend this tool to anyone that is using them. Basically what it does it hooks into VMware and your P4000 management console so that it can leverage the SAN level snapshots taken by the P4000. It then promotes the snapshot to the volume level and resignatures it, after doing that you are able to browse any of the data in that snapshot from within the Veeam interface! I think that is pretty awesome because before this tool restoring from a P4000 snapshot was a P.I.T.A.

Last but not least, if you are a Microsoft Hyper-V 2012 shop, Veeam 6.5 now has support for you too.

If you want to check out the official whitepaper it is here, and you can download a trial version here.

Also look for a more detailed review coming soon, as part of my backup product comparison…. Almost done with the first article and it should be up early next week. 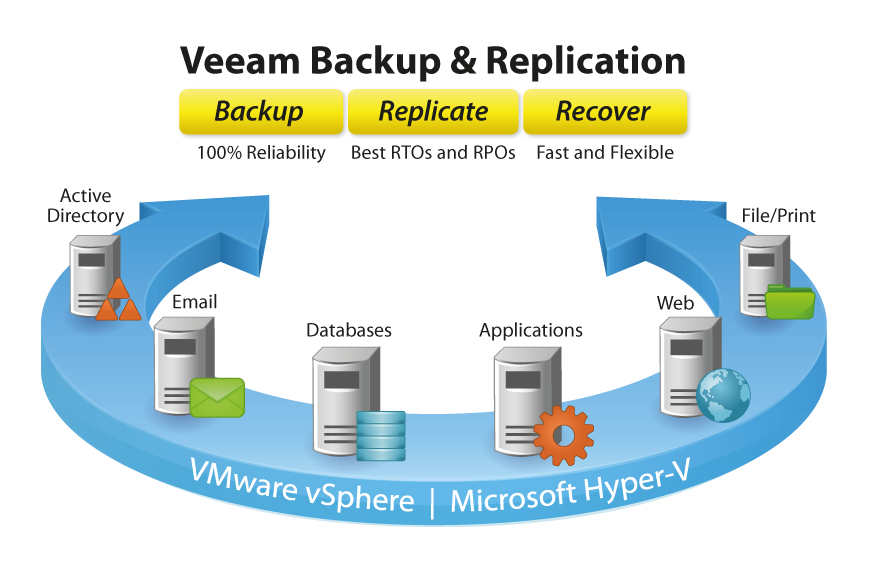