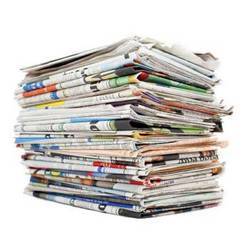 It’s been a while since I’ve done a real in-depth post on a product or technology, so I thought I would share what I’ve been playing around with lately. There will probably be some more in depth posts coming on these, but between my schedule at Zerto being absolutely CRAZY BUSY (which is a good thing for both me and Zerto!) and family activities picking up now that the girls are more involved with stuff… it just hasn’t left as much time for blogging.

Free time however hasn’t hindered my curiosity around new technology. In no particular order here are some of the things I’ve been playing around with:

Mautic – Open source marketing automation platform. Why? Well mainly because it’s open source and really cool, but I started looking at it so that I could better learn why people visited my website. I want to know what brings people to my site as well as what keeps them coming back. What makes Mautic better than just using the built in WordPress stuff is that once it has contact information associated with an IP address it can help make things much more personalized. It can also then take actions based on what its learning… for example if someone requests more information and submits their email address, and then Mautic see’s them looking at a few other pages that I have tagged as “user needs help” it can automatically send the person an email and ask them if they have questions they need me to answer. Obviously for my use Mautic is overkill, but for someone running a small business and wants to keep in touch with their users via email marketing or proactive touch points…. Mautic is something you should be looking at.

Visme – Think of Visme.co as next generation PowerPoint as well as a graphics editing package that helps you generate info graphics and stuff. I haven’t had a big need for it yet, which is why you haven’t seen an official review, but as soon as I find a reason I am certainly going to do an in-depth article on it vs Power Point.

ScreenConnect.com – An alternative for LogMeIn. I had been a LogMeIn subscriber for about 3 years (as a paid subscription) and a couple of years before that on the free plan. I like it a lot… but its pretty expensive for someone who doesn’t use it commercially. A ‘Power User’ account is $349/year for 5 PC’s … WTF…. ScreenConnect is a service by ConnectWise, that allows most of the same features as LogMeIn, for up to 10 PC’s for just over $200/year (and if you’re wondering what you can get for $349/year …. its unlimited agents on remote machines and up to 3 sessions at the same time). I’m just getting started with this service (literally upgraded from the trial plan to the paid plan today) but will be doing a full review ASAP. It also has remote support functions and group meeting functions with voice support too (although my plan doesn’t include voip)!

Tintri – Tintri is a storage company. You could say that they were the first hybrid (flash + spinning disk) storage company that also gave you in-depth analytics of your VM storage traffic. Recently I got a chance to play around with the interfaces of the Tintri storage boxes so I’m hoping to get a post up about how I found usability, as well as a follow-up article with Tintri + Zerto to see how Zerto performs when trying to protect workloads that live on Tintri.

Exagrid – Backup storage appliance. This article is way over due. But essentially I need to show how to configure one as well as how to integrate it into things like Zerto and Veeam. Lately I have been using HP StoreOnce virtual appliances simply because I can spin them up and down quickly, but in terms of hardware platforms Exagrid is one of the top three in my opinion.

HP StoreOnce VSA Update – I have a few articles on my StoreOnce experience… but it’s been almost a year… so I need to do an update on that.

Home Lab Updates – this article will focus on nested virtualization as well as routing and switching inside of my home lab. there have been some major updates in the last year which allow me to run a live Zerto environment for demo purposes, as well as still have plenty of space for other projects.  Other sections of this post will also focus on how I manage my /28 IP range for my home lab from a routing point of view.

Cloudflare – Cloudflare is a website protection and optimization service that I use in front of my webserver. It helps cache content as well as protects my webserver from bad people. it does this through several different technologies but one of them is DNS. I bring this up because I have been messing around with their API’s and trying to integrate them into my Zerto failover process. So that IF I ever want to failover my blog server I can automate the process of changing DNS entries in CloudFlare to point to my other site.

pfSense to Fortigate connectivity – pfSense is now at version 2.3 with a completly new look and feel, and since I use it for connectivity between my Colo and a business I thought I would share my experience on setting up a VPN connection between the two.

VMTurbo or Turbonomic – I haven’t looked at their software for a while… Now that I “know a guy” I’m hoping to snag the latest version for a peak at what it can do, while still avoiding the sales calls…. wish me luck! LOL Mainly I want to see what it thinks of my home lab and how I can improve it.

VMworld – next week I will be attending VMworld 2016 as both a vendor rep with Zerto, as well as an attendee… so I hope to be able to share some information with those who couldn’t make it to the show via my blog, and for those at the show… swing by the Zerto booth and say Hi! … Also need to take a couple certs while I’m out there too!

So as you can see I have a decent list of stuff that I WANT to do… so the real challenge will be finding time to actually knock these out.