Yesterday VMware released Workstation version 8 officially and touts over 50 new features. Naturally, I had to check it out, and I must say that version 8 is pretty impressive. The first thing that I noticed is the ability to connect to remote ESX(i) 4.x and newer resources, as well as accept connections from other VMware Workstation instances. It looks like Workstation is now also going to fill the gap left by from the discontinuation of VMware Server.

First off for a full list of the new features visit the VMware “What’s New” page here.

After adding one of my ESXi 5.0 hosts here is what the new interface looks like: 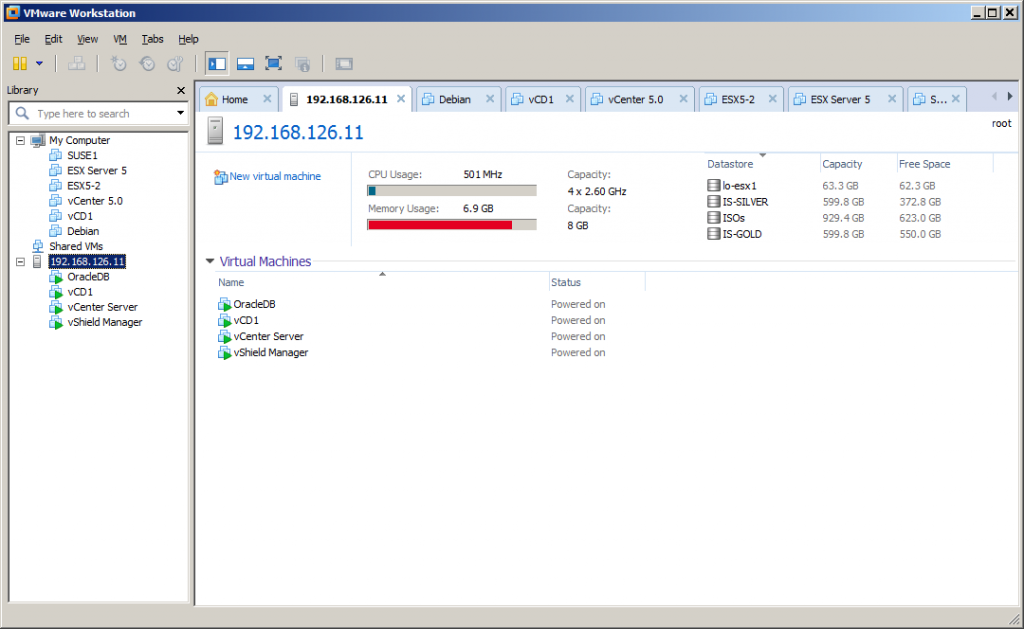 Where I think this will be really awesome if for developers who do not have a super powerful workstation. Because now if you run out of horsepower on your laptop or workstation you can load the free version of ESXi on a box and connect to it remotely from Workstation and have a single interface to manage your development VM’s.

Another really cool features are the ability to move VM’s from your Workstation instance to an ESXi or vSphere cluster by simply dragging and dropping them. It should be noted that you cannot easily move back though.

Other cool features include HD 7.1 Surround sound and Accelerated 3D Graphics… so get ready to put all your games in a VM so your boss cant find them!

Last but not least ( and probably the biggest for us VM geeks) is the ability to run vSphere inside of workstation…. but also run 64-bit guests inside of the virtual vSphere cluster. This will be great for testing out all the new vSphere 5.0 features for those who do not have a ton of lab gear!

Stay tuned, I plan to test out Starcraft 2 inside of a VM and report the findings.