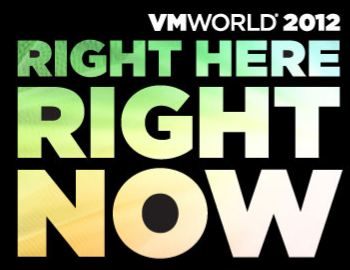 This is just my to-do list of things I want to see and learn more about this year at VMworld, in no particular order.

Zimbra -What can I say, I started out as a linux geek and always will be. I really like Zimbra a lot and think that it is only going to gather more momentum as people my age and younger enter the workforce. We were not raised with Outlook or other fat clients, instead we grew up using Hotmail, AOL, Yahoo, and other Web mail based services, so to me Zimbra kicks ass!

View – Sooner or later they will get this “year of the desktop” stuff right LOL, but seriously I really like the idea of VDI and if Microsoft didn’t need to get that huge chunk for MS licensing and allowed Service providers to host desktops I think VDI would really take off.

Project Octopus – Honestly I really hope that if they release this project that there are some major upgrades and feature enhancements compared to what I was beta testing. After using Google Drive or any of the other competitive products out there that have HTML edits and what-not, I don;t see Octopus as being a threat to any of them. But I hope I’m wrong because I really like the idea of an on premiss solution.

Sliderocket – Hopefully I will get to catch some sessions on Sliderocket, it;s a pretty awesome platform.

Socialcast – again, hopefully I can catch a session or two around how it’s built or how to better utilize it.

vFabric – vFabric is pretty cool, I like the idea of how everything fits together…. its just too bad that I cant sit still long enough to write a program 🙂

Piston Cloud – This is an Enterprise OpenStack offering… And I think its about time to look at openstack and hyper-v3. VMware is still the leader in my opinion, but its always good to know whats around and what other alternatives there are for clients. Maybe ill actually be able to score some demo software this time….

Veeam – if your at VMworld and you dont stop by to see the Veeam team you are probably missing at least 50% of the fun.

Hopefully I can also bump into people I’ve met in the past years too. I should have a lot more free time too since finding my way to and from the hotel room is much easier when your not in Vegas!

Oh, and I might attend a party or too as well 🙂

What are you looking forward to ?