Satyam, from PernixData, share more of his company’s vision and plan to take over the world (queue world domination music) on day one of Virtualization Field Day 5.

Current tools don’t address all of the problems that IT has, and most are reactive and don’t solve the root of the problem, instead they only address the symptoms. Think of it like healthcare… so far people have been treating the problems, but PernixData plans to work on the cure to the problem. So how are they planning to do this ?

This tool is a new product from PernixData, it will encompass a unified user UI that will support all of the PernixData products. inside of that user interface you will see data on how to better design and optimize your data center from a storage level (at least to start).

This tool also takes a fresh approach… it gets its own data… it doesn’t rely on any other product or API to gather data. Instead an agent is installed on each ESXi hosts that will then send stats back to the Architect. Once Architect has this data it compiles it into a format that is designed to help the end-user, not to “mystify them.” Which is a nice way of saying it isn’t going to have a bunch of useless pretty stuff, but instead its about putting the meat of the data in your face so you can use it.

Here are some of the shots of the new Architect interface: 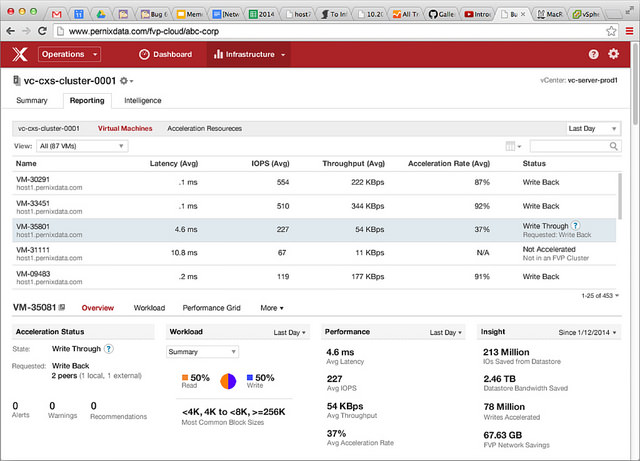 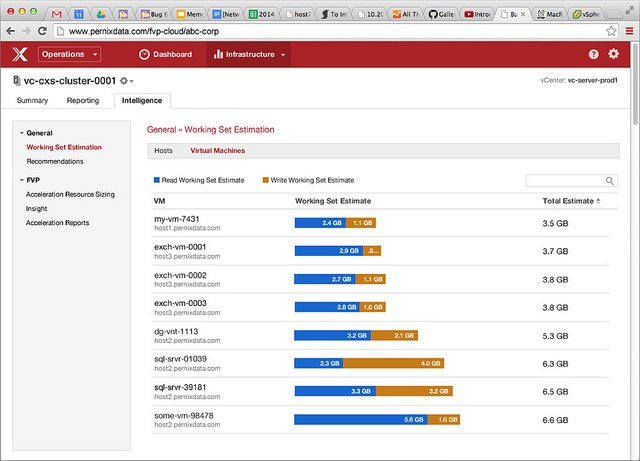 Lastly Architect is there to also help you interpret that data so that you can then make better decision. Which also plays into the next part.

As part of the world domination plan, PernixData will be ingesting metadata from all of these installs (provided the customer approves). This metadata will then be used to show customers information that they want (and do ask for) but rarely get, information about what their peers are doing.

Meaning, if you are a customer and are looking at a new array you can look into the PernixData Cloud Insight and see information about other customers that already are seeing… in the real world… not marketing fluff.

Here is a sample showing customer storage array types by popularity as well as average capacity and latency: 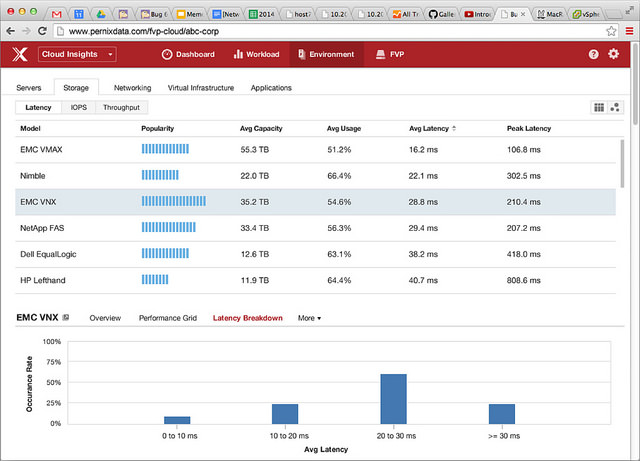 Here is a shot showing differently types of flash devices that customers are using as well as the performance they are seeing from them: 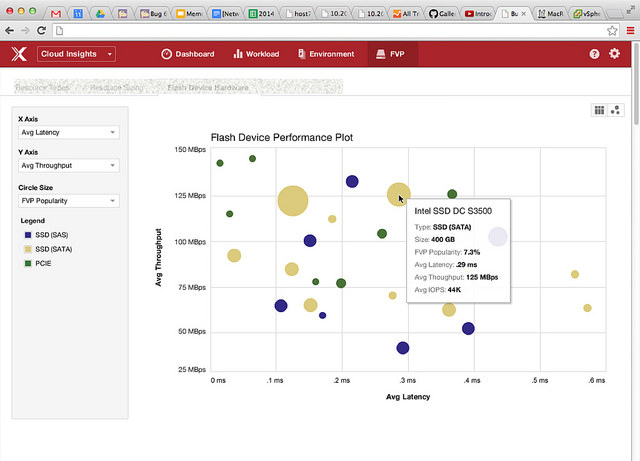 My opinion: I think at first this will be shied away from, but eventually people will open up and share. I think if executed properly this will be really awesome!

Everyone loves free stuff, and anyone who has had candy knows that samples sell, so in that spirit PernixData is now (or will be) offering a free version of their FVP software. It will have a size limitation of 128GB DFTM (Distributed Fault Tolerant Memory) and is only community supported, but it supports an unlimited amount of VM’s and hosts.

I wont keep you waiting: Get it here -> http://pernixdata.com/free-downloads

Obviously the idea here is that once you try it you will be hooked, but dont think that 128GB of DFTM is tiny… Satyam had a slide where that much memory was able to increase a VDI environment from being able to host 100ish desktop VM’s to a little over 300 desktops VM’s… ON THE SAME HARDWARE.

My advice: Download FVP and put that extra RAM in your cluster to work ASAP!

Duncan also has a great post on the plan