OK well, it wasn’t my idea because if it was I’d be frickin RICH! Anyhow, I’ve been up since about 3 AM with the baby, its now about 5:30…it’s crunch time… eyes are getting heavy, fingers are starting to type slower and I’m finding myself starting to “time travel” a bit.

So anyhow back to windows, normally I hate having more than about two columns of desktop icons. I’ve never put much thought into why … I just don’t. So since right now I’m at almost a full 6 columns I decided it was time to clean it up a bit.

But for some reason, I was holding control down and then moved my finger across the touch-pad and all of a sudden the icons shrunk! Awesome, now I just reduced it to 4 rows without having to delete anything, plus since the icons are smaller it doesn’t seem to bother me quite as much. It shrinks the icons a lot, but only seems to reduce the text a small amount so it’s still not too bad to read. 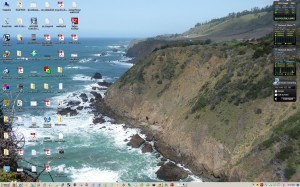 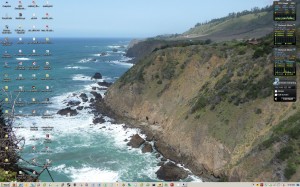